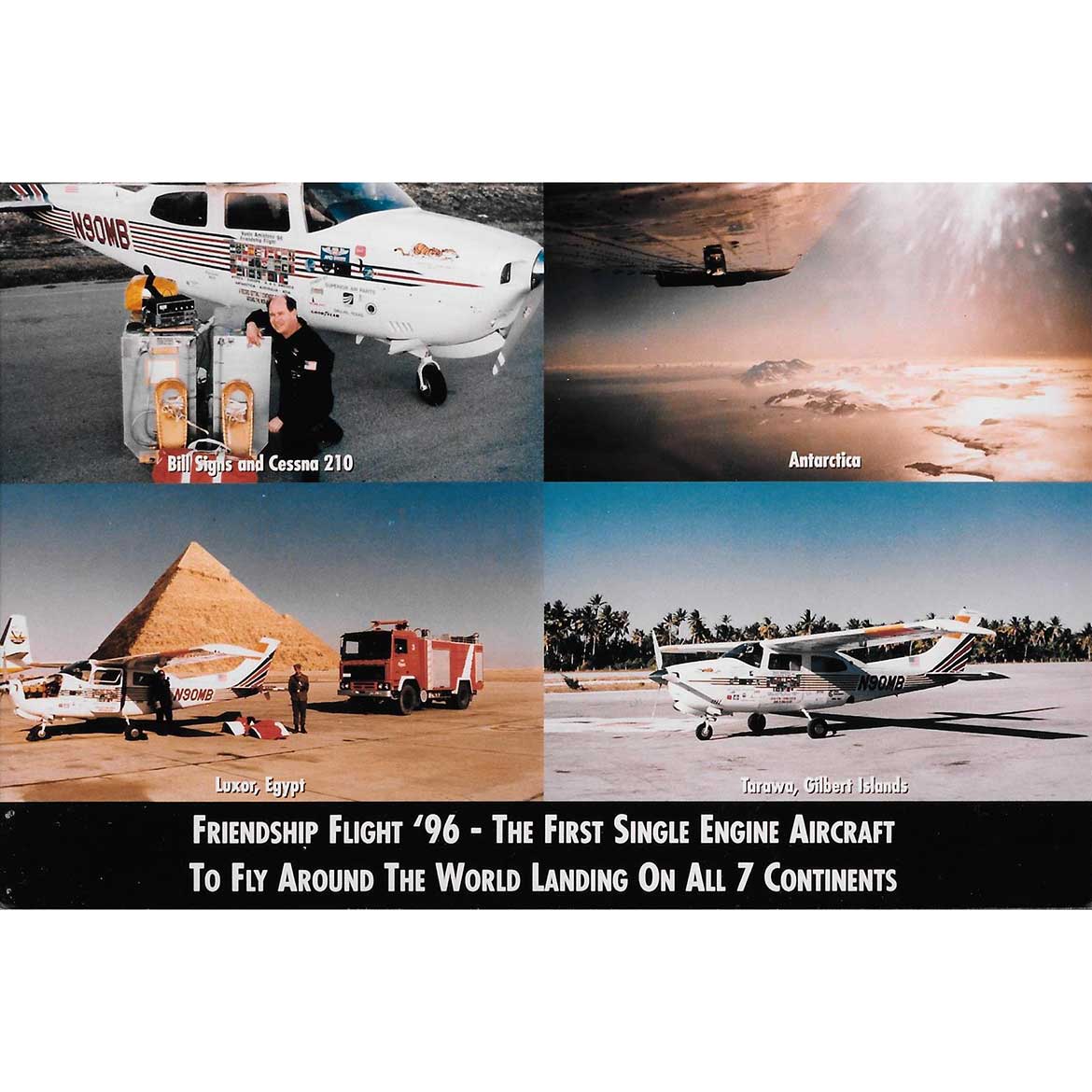 Around the World. 7 Continent expedition. NAA and Guinness fastest time to all 7 continents. Single Engine Cessna. 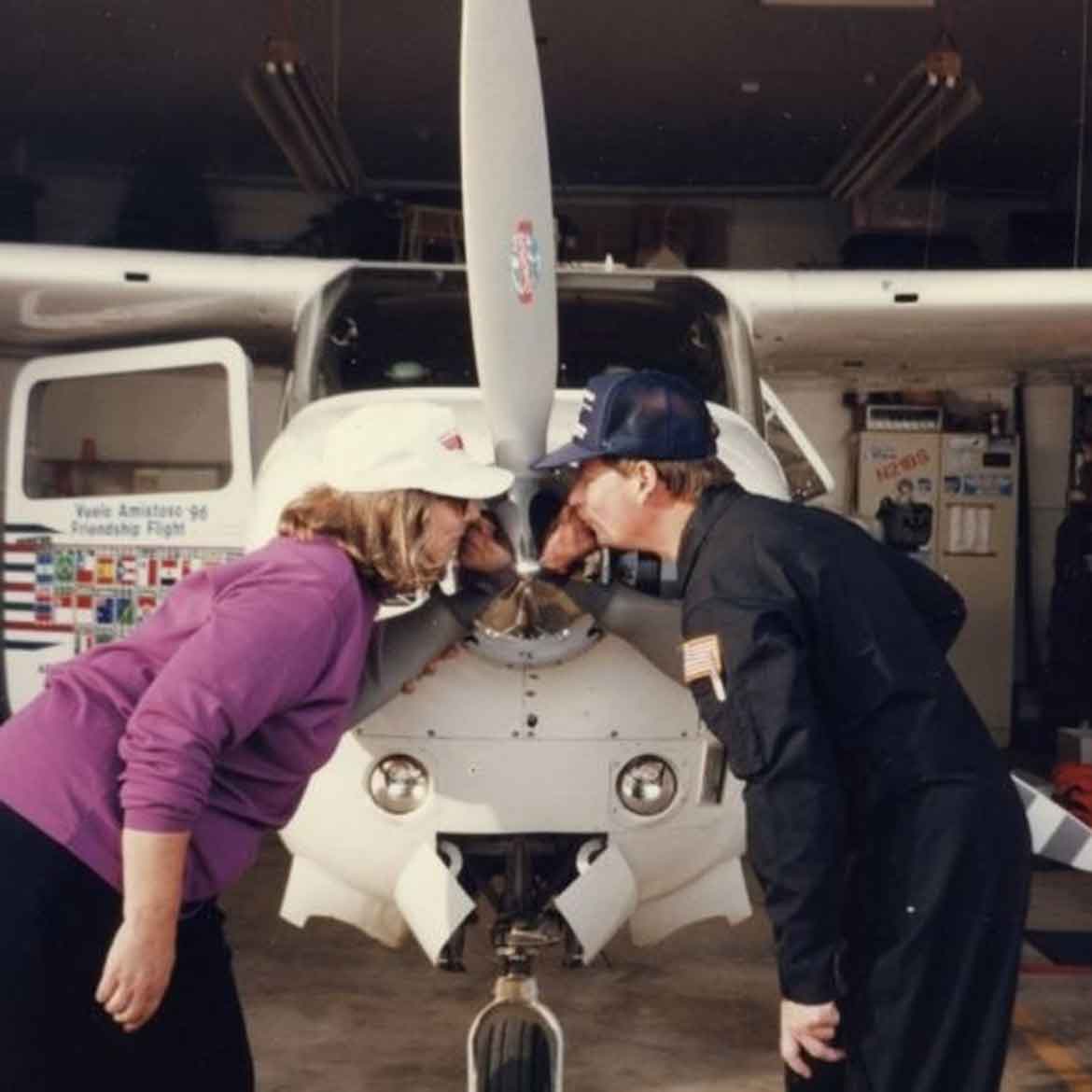 Friendship Flight '96 lifted off from Love Field near Dallas, Texas on January 1, 1996. With a quick stop in Orlando, Florida to visit Signs mother, the globetrotters encountered their only mechanical problem while enroute to Puerto Rico. A specially designed alternator failed after only 19 hours and, according to Signs, "There was no problem. I just turned off the master switch and operated on stand-by power. I carried a big battery with me and had enough power to have up to 20 hours of communication and navigation capability even with the failed alternator."

After a few calls from Puerto Rico, another alternator was on the way and within 24 hours Signs and Jacobs were again airborne and headed toward Ushuaia, Argentina. In Ushuaia Signs almost lost everything. "The closest I came to losing the airplane to weather was in Ushuaia, Argentina while it was sitting on the ground. There was no place to secure it and the wind came up with gusts of 83 mph.," Signs said. 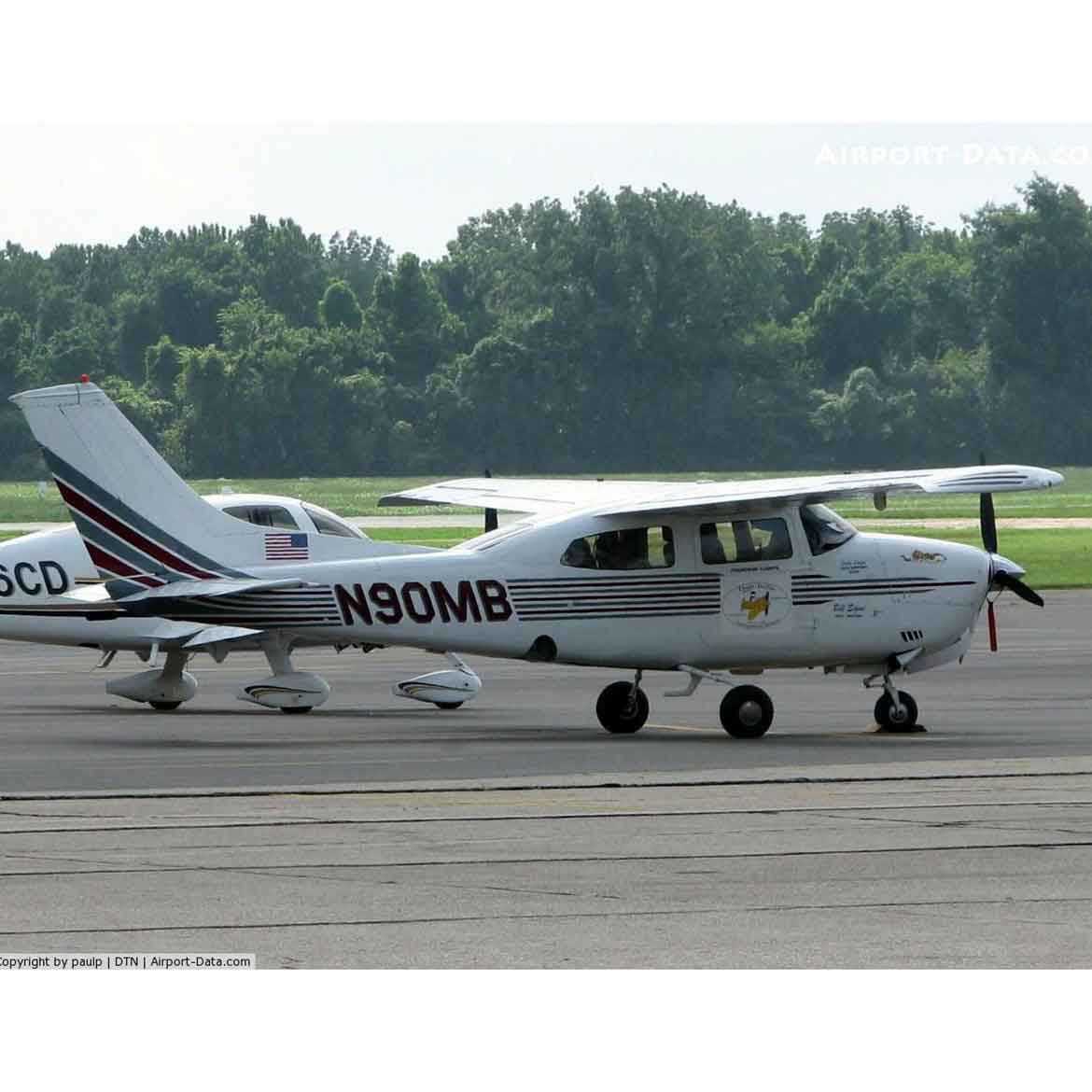 The next leg of Friendship Flight '96 took Signs and Jacobs to King George Island, Antarctica. With the temperature hovering around 25 below zero, the Friendship Flight Cessna 210 Centurion was securely housed in a hangar overnight. Departing Antarctica the next afternoon, Signs and Jacobs flight plan took them to Punta Reyes, Chile, Buenos Aires, Argentina, Rio de Janeiro, Brazil, and Recife, Brazil. According to Signs, "I've heard all these stories about all the problems people have when they're flying around the world and I didn't encounter any of them. If you get the International Airman's Manual and study it and do what they tell you, most of the problems never occur."

The flight to Cape Verde was going to test both airplane and pilots. Signs had plotted the flight at 1,650 miles and had fuel on board for 2,200 miles at no wind. "I brought a little roll-up rubber tank out of a Cessna 310 that held 20 gallons. So with that filled, we had right at 17 hours of fuel on board," Signs said.

Leaving Malta, they flew within five miles of Libyan airspace. "I kept watching my six o'clock for a little potential wisp of smoke coming in and the plan was to chop the mixture, do a turn, a dive or something. All the poeple in Malta are scared to death because Khadafi is just a nut," Signs said. Friendship Flight '96 continued with stops in Luxor, Egypt, Muscat, Oman, and on to Bombay, India. According to Signs, "About 57 miles from Bombay we descented into this brown murky haze at 9,000 feet and Ruth said, 'What is that... What is that smell?' I was Bombay. We could smell Bombay 57 miles away. In the haze, in the middle of the day, our visibility dropped to 3/4 of a mile." 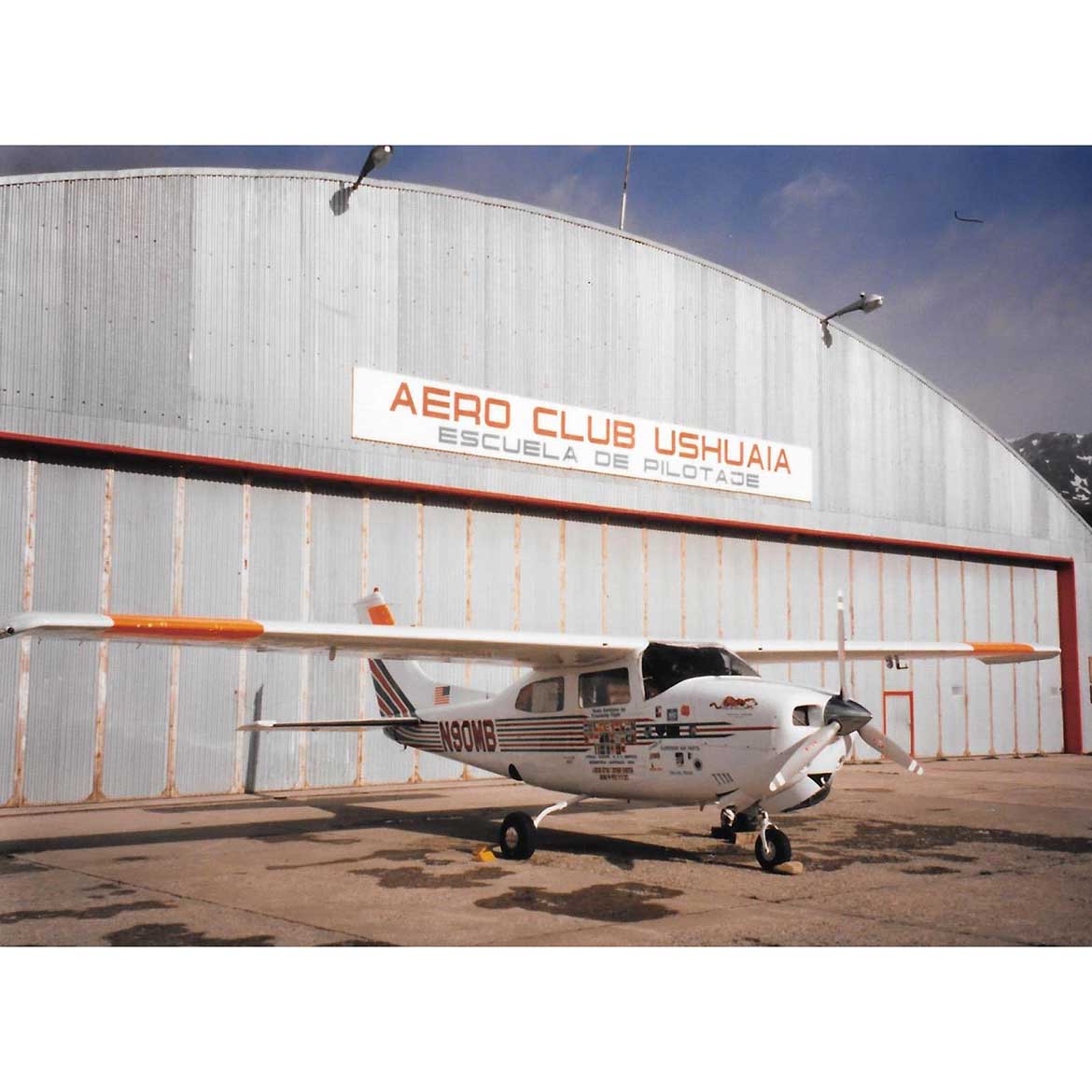 From India, Signs and Jocobs traveled through Thailand, Myanmar, Malaysia, Singapore, Indonesia and on to Brisbane, Australia. "The leg from Darwin to Brisbane was 1,600 miles and there was virtually nothing between the cities," Signs said. "During one section of approximately 400 miles we saw absolutely nothing -- no trail, no road, no house, no ranch... nothing."

Friendship Flight '96 continued with stops in Guadalcanal, Tarawa, Kiribati, and on to Honolulu. "Tarawa was consistantly one of the hottest places I've been to," Signs said. "It's just hot with no winds -- just dead calm. And the folks there don't do much. They just lay around all day. It's so hot they don't even put sides on the huts. It's the only place I've ever been where even the chickens were laying on their sides because of the heat."

Lifting off from Tarawa, the expedition turned toward Honolulu for the 14 hour flight. After four days of rest, the longest leg of the trip started with a 10 p.m. liftoff from Honolulu. They aimed the 210 toward Van Nuys, California and picked up the "pineapple express" that gave them tailwinds of over 70 knots. According to Signs, "We covered the 2,221 miles in 12 hours. It was really something."

Touching down at Love Field again on February 18, 1996, Signs and Jacobs completed the 39,543 mile expedition at an average cruise speed of 176 mph. They consumed 3,153 gallons of fuel with the cheapest fuel in Bombay at $.89 a gallon and the most expensibe at $6.74 a gallon in Cape Verde.

N90MB has flown around the world, landed on all 7 continents

Pilot since he was 16

Around the World in 50 Days: Friendship Flight '96